My FreePBX Project
I’ve been playing with an amateur radio voip program called Allstar for a few years.
It is based on the Asterisk PBX phone system.
So, I thought I’d check out what it took to build my own hobby type PBX phone system.
I had somewhat stumbled upon this when I setup a Polycom Sip phone to talk through my
Allstar node.  I created an extension on my Allstar node, and figured out how to also make
autopatch calls with my radio.
All of my Allstar nodes are now running on the Raspberry Pi 3 single board computers.
Upon further investigation  found a program called FreePBX.   It runs the Asterisk PBX and has
a very nice GUI for setting up and monitoring the Asterisk PBX.

I also found a very talented voip consultant on Youtube name Chris Sherwood.  His channel
is called Crosstalk Solutions.  I’ve watched hours of his videos and learned a lot about FreePBX.
FreePBX Video Series
Raspberry Pi and FreePBX
He also has a blog on his website https://www.crosstalksolutions.com/  which as some good
step my step instructions for doing more with FreePBX.
I also subscribed to Flowroute which is a Pay as you go Sip Trunk provider.  I ended up getting
a DID phone number and now can make outgoing calls and receive incoming call on my
Raspberry Pi FreePBX system.
I’m not actually sure what I am going to do with my PBX yet, but it was something I wanted to
experiment with.
I’ve also learned about Polycom Phone setup and updating.  I use mostly Polycom Soundpoint
33x series sip phone due to their super low cost on ebay ($15.00) on average.
I also acquired a Yealink T46G phone that was refurbished for a great price.
I have also setup Zoiper on my computer and iPhone as extensions as well as the Linksys
PAP2T Analog voip phone adapter. 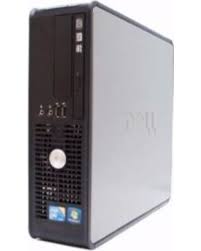